Local businesses have come together to help Cynthia Spencer Hospice’s flagship event, Cycle4Cynthia, go ahead this year and organisers are thrilled by the support received so far for September’s big fundraising bike ride.

Cynthia Spencer Hospice’s biggest fundraising event is back on two wheels and is welcoming riders to come along to Lamport Hall on Sunday 19th September to raise money for the hospice in its 45th anniversary year. 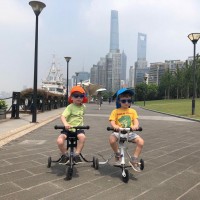 Northamptonshire’s favourite annual fundraising bike ride, Cycle4Cynthia, is used to having the backing of hundreds of local cyclists, but the Covid-induced cancellation of this year’s planned event at Lamport Hall has meant that those from the other side of the world have also been leaping into their saddles for this most deserving of causes!

Sports stars in a spin for virtual ride!

Northamptonshire’s favourite annual fundraising bike ride, Cycle4Cynthia, may not be going ahead this weekend as was originally planned, but there are plenty of silver linings to this particular cycling cloud!

Northamptonshire’s favourite fundraising bike ride may have suffered a small proverbial puncture, but it’s hoped that cyclists will still turn out in force in support of arguably the county’s most deserving cause.

Northamptonshire’s favourite fundraising bike ride has received a massive boost thanks to a message of support from none other than former Olympic champion, Chris Boardman MBE.

Ride rolls on regardless!

It may have finished off the FA Cup final, seen Wimbledon whitewashed and even overcome the Olympics, but the team behind the county’s favourite annual fundraising bike ride are adamant that COVID-19 won’t have them running for cover!

It’s not been that long since you couldn’t find toilet roll for love nor money and now it seems that, with a recent rise in those leaping into their saddles to get around during lockdown, laying your hands on a new bike is proving to be just as tricky! 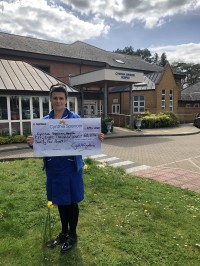 Every April, the coffers of Northamptonshire’s Cynthia Spencer Hospice get a big boost thanks to the launch of its annual charity bike fundraiser, Cycle4Cynthia, at which the impressive total of monies raised at the previous year’s ride are revealed.

Giving comes in many guises! 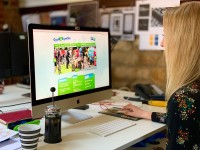 The county’s favourite annual charity bike ride, Cycle4Cynthia, has raised almost £600k for Cynthia Spencer Hospice over its sixteen-year history, but that impressive total has not come solely from those on two wheels.